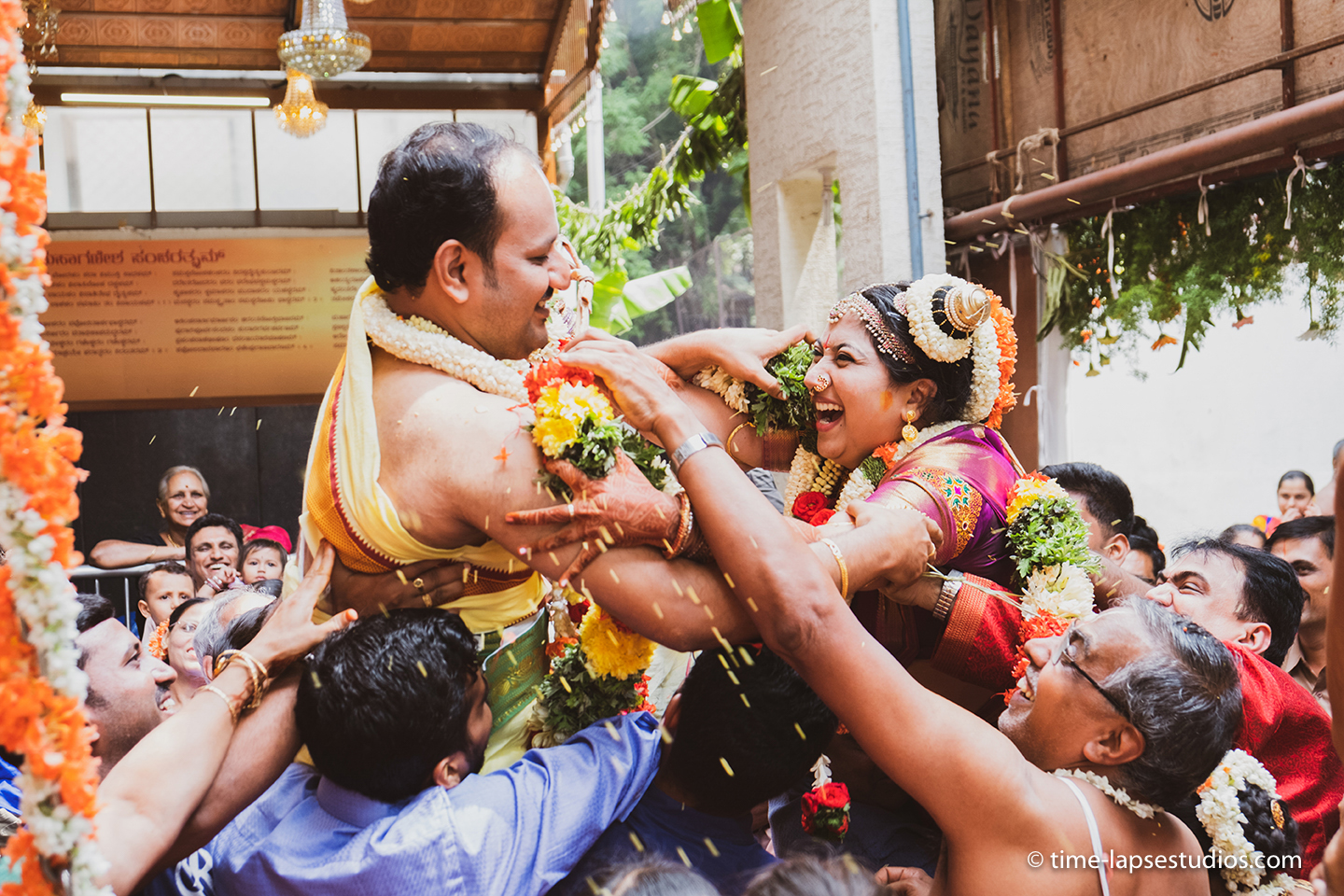 Traditional weddings aren’t rare at least in India but when it comes to detailed ones, it tends to be a rarity. As you would expect, it is always a photographer’s delight to have opportunities where these are interwound into one mega event resulting in ample opportunities.

In this case, the wedding was not just detailed and traditional but also set in the heart of old Bangalore – Malleshwaram, which brought back the almost forgotten city’s old world charm to the event.

There was another reason this event will stay in memory for time to come, it was the first ever wedding where we teamed up eight people to cover the event end to end. The largest team until then.

Lest I would write further and let these pictures speak for themselves.