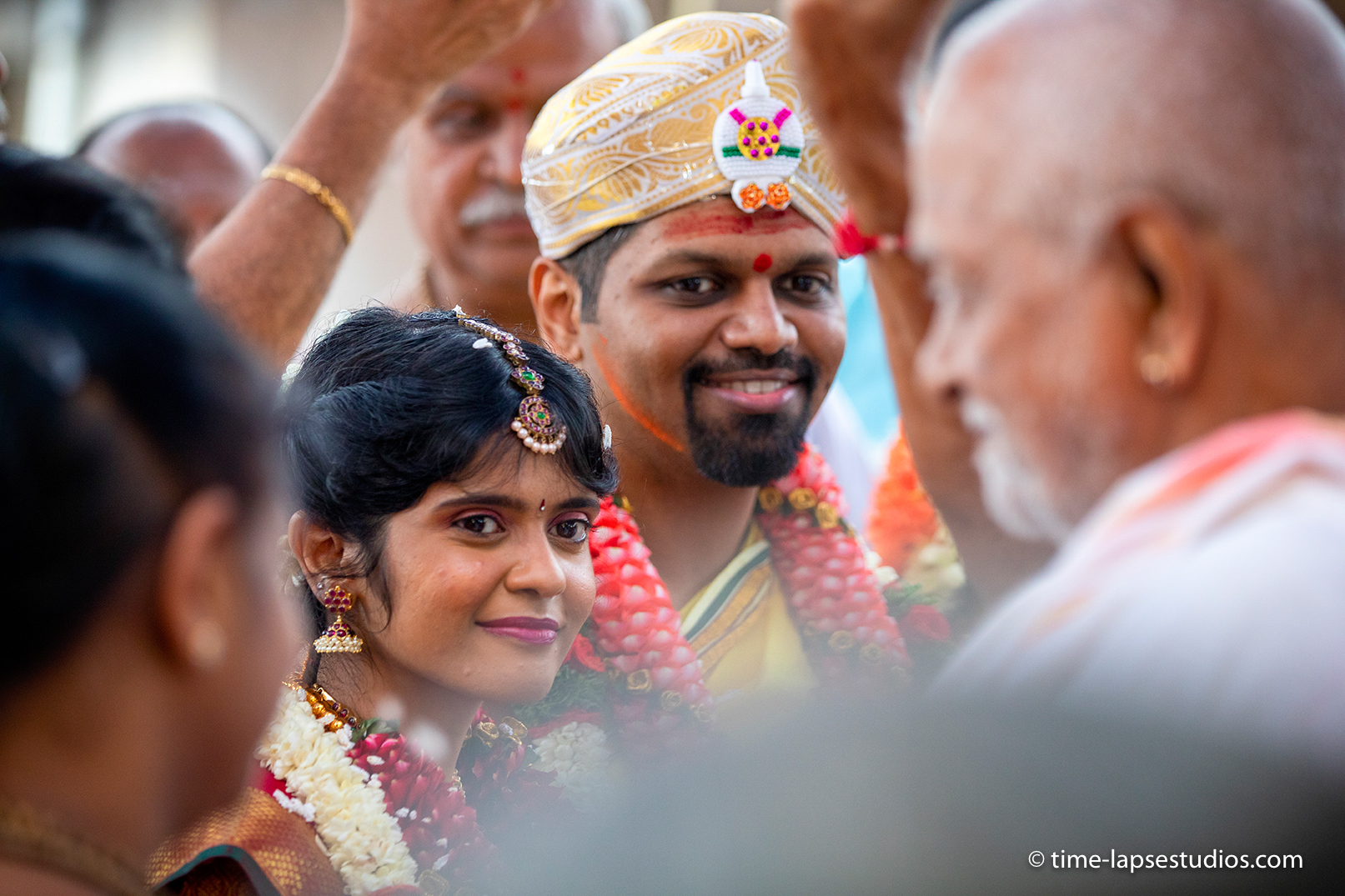 I must thank Shakespeare for introducing me to this word and I can’t think of a better transliteration in real sense than Mattur, a quaint little hamlet off Shimoga, Karnataka. Supposedly the only village which speaks and transacts in Sanskrit entirely.

By the side of the river Tunga, we experienced spiritual reverberance soon after arriving at this place. As expected, at every step then after.

The rituals were detailed giving us ample opportunities to photograph.

Only after arriving at the venue did we know what we had signed up for. Pleasantly surprised to realise that the bride’s father was a Senior Judge and Chief Justice (for a given state) and soon to be inducted to the Supreme Court bench. However, there was no shortage of humility and looked like modesty had taken his shape and form.

Sindhu hadn’t given up the child like in her, her expressive eyes did the talking while Vishak was at his humorous best.

We thoroughly enjoyed experiencing the rituals, food and hospitality as much as we did covering this event.